DIE TOTEN HOSEN – YOU ONLY LIVE ONCE

We are happy to announce that our documentary “Die Toten Hosen – You only live once” celebrated its World Premiere in the Special Gala section of this year’s 69th Berlinale. 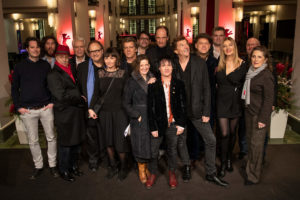 LOU ANDREAS-SALOMÉ – THE AUDACITY TO BE FREE 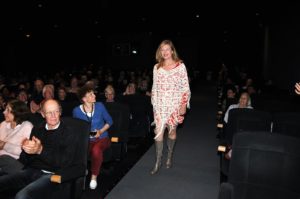 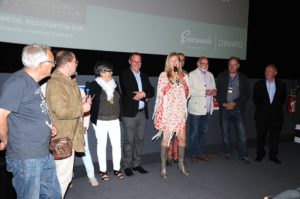 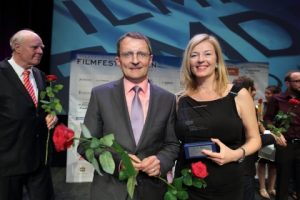 RATING “EXCEPTIONALLY WORTHWILE” OF THE “FILMBEWERTUNGSSTELLE” 2016

Jury‘s statement:
„The Russian-German writer, philosopher and psychoanalyst Lou Andreas-Salomé was an extraordinary personality; freedom-loving, smart, fearless and thirsty for knowledge. In her feature film, Cordula Kablitz-Post found stylistic devices for meeting the complexity of the character and her historical significance. In the subplot, she is presented to us as a 70-year-old intellectual, who in 1930s Germany, after the books burnings, must expect to be discriminated against and persecuted by the National Socialists. Thus she first encounters the young philologist Ernst Pfeiffer with suspicion when he asks her to treat him for his writer’s block. The treatment consists of her dictating her life story to him in the course of many sessions. Nicole Heesters plays her with a confident serenity in these sequences. One accepts her analytical intelligence and the spiritual independence that characterized the main character, and this performance, which should not be underestimated, is equaled by the three other actresses who embody Lou Andreas-Salomé in the flashbacks, in which key scenes from her life are shown. An early act of rebellion during church services, arguments with her mother, and a very comical sequence during a social reception in which, instead of the customary small talk chit chat, she gives gives a small philosophical performance., by which she seems to seduce one of the gentlemen with her sheer brilliance. She had the same effect on the young Rainer Maria Rilke and Friedrich Nietzsche, and even if Cordula Kablitz-Post took a great deal of time to show her relationships to these well-known historical figures, there can be no question that she was defined through them. Instead, it seems to be she who forms the personalities of the still young men, by for example, encouraging René Maria Rilke to become a better poet and making him change his name. Kablitz-Post succeeds in bringing Rilke, Nietzsche and later also Sigmund Freud to life in a few, striking performances, using their well-known mannerisms without exaggerating them and thus creating caricatures. And they all speak in cleverly constructed and formulated dialogues, each of which reveals their vision of the world and their talent, without ever seeming artificial. The scenery, costumes and make-up look authentic, but Kablitz-Post also works with small stylistic hooks with which she indicates that she is reproducing the past playfully; at some edit points, at which times and places change, she briefly uses short animated settings motifs from old postcards in which she her protagonist move around. She doesn’t rely on entrenched, rigid images – it is clever, original and visually appealing. Cordula Kablitz-Post is intelligent, artistically convincing on all levels, and has succeeded with a surprisingly entertaining movie.“ 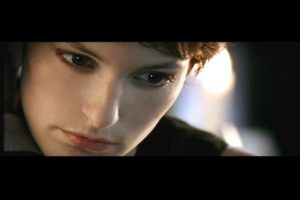