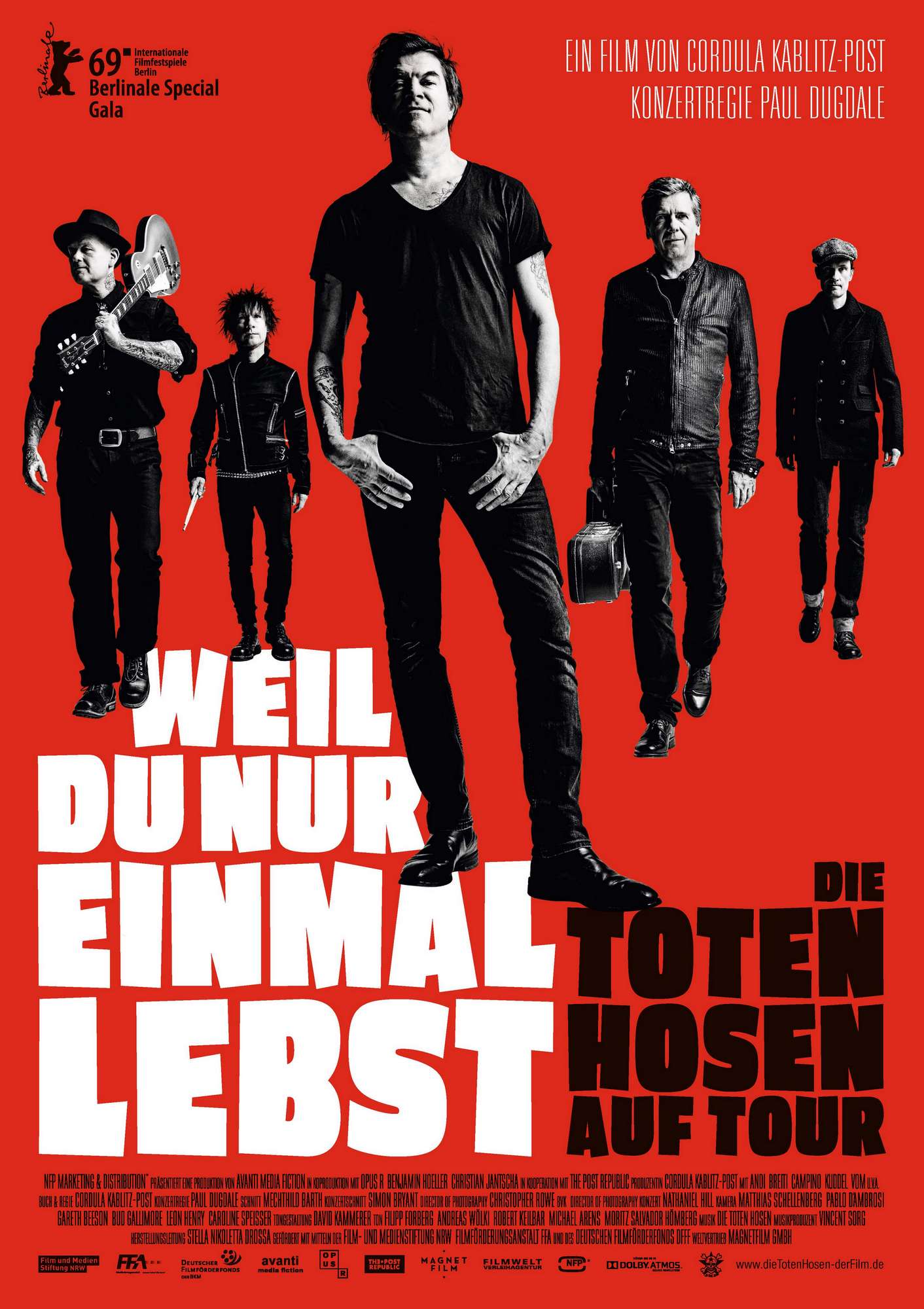 We are happy to announce that our documentary “Die Toten Hosen – You only live once” will be celebrating its World Premiere in the Special Gala section of this year’s 69th Berlinale. The German punkrock band DIE TOTEN HOSEN is a phenomenon of superlatives.The concert documentary shows Germany’s legendary and most successful rock band which sold more than 19 million records since 1982 on one of their biggest tours in band history through Germany, Switzerland and Argentina. Cordula Kablitz-Post filmed the band in the limelight and backstage with ‘access all areas’, close and intimate like never before. Director for the concerts was the British music film director Paul Dugdale.