INTO THE NIGHT WITH LEILA SLIMANI AND KAMEL DAOUD 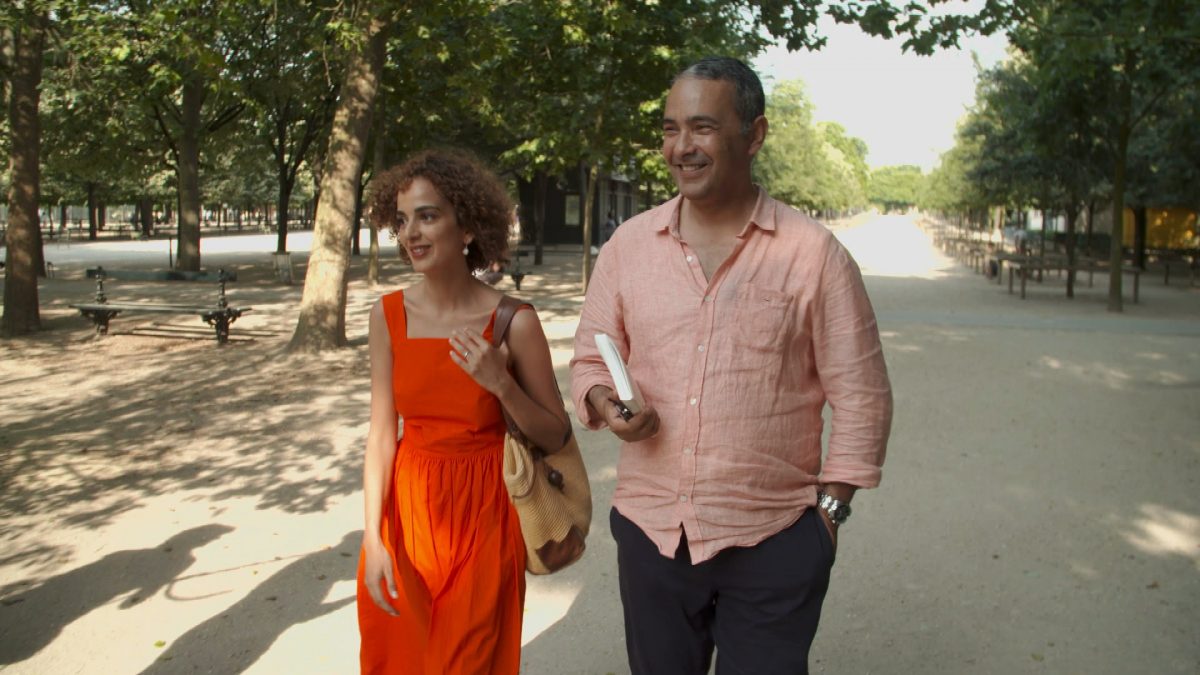 Into the Night with Leila Slimani and Kamel Daoud

Leila Slimani, born in Morocco, has been the shooting star of the French literature scene since she won the Prix Goncourt with “Chanson Deuce”. Both Leila Slimani and Kamel Daoud, one of the best known Algerian journalists has devoted himself entirely to his writing since the scandal of his Islamic criticism, which brought him both a fatwa by an Algerian Imam as well as public tribunal by French intellectuals. With “The Meursault Investigation”, he gave the Arab who was shot in Albert Camus’ “The Stranger” the dignity of a face and a voice. “This story has to be written again, in the same language; but this time, like Arabic, from right to left.”
Simani and Daoud meet at the Jardin du Luxemburg. This park is an oasis for readers in the afternoon heat. The Nannies who are not French, who watch over the children of the bourgeois here, inspired Slimani to her novel “Chanson Douce”, in which the nanny murders the baby in her care. A psychological thriller about a modern family. Both novelists sense the dichotomy between cultures. They realize that both want to write about the “Arab Judas”.
In the Café Palette they enjoy the atmosphere of the artists of Saint Germain de Prés; Camus, Sartre and de Beauvoir founded the legend of intellectual Paris. How has each reacted to the sudden fame, how are they dealing with the expectations of the culture industry? Perhaps by rewriting “The Old Man and the Sea” from the point of view of the swordfish?
They decide to begin an open letter exchange about the poisoned Algerian-Moroccan relationship in order to oppose the warmongering of their country’s politicians.
In the Institute du Monde Arabe they meet the Algerian actor and filmmaker Lyes Salem. Salem is introducing his film “L’Ornais” which tells the story of post colonial Algeria; how Communist party officials turn into revolutionaries.
Victor Hugo, as the author of “Les Miserables” is an artistic role model for Leila Slimani and Kamel Dauod, who also always view their writing as political act. In the Maison Victor Hugo they discover the paintings that the master painted and ponder if for them also a lectern, like the one Hugo wrote on, would be worth considering. At the sight of the heavily edited manuscript, they discuss the pros and cons of working on a computer. How do they write? How do they work? Both admit to writing while lying down. Daoud talks about his childhood. His grandfather was a
lumberjack who learned French by himself, often with erotic literature, which Rousseau calls “the books that one only reads with one hand”. They recognize that for them French is a feminine language whereas Arabic is masculine.
They experience the summer sunset over above Paris on the Pont du Neuf
Daoud complains about how difficult it is made for the people to use open spaces for their own enjoyment. Even when he sits at the ocean with his wife, he has to show a permit.
During the blue hour – between sunset and darkness – they eat on a rooftop terrace with an overwhelming view of Notre Dame and the slowly darkening Paris. They share personal experiences that have made them into the writers that they are today. The violence that they experienced in Magreb, the hypocrisy, the ascent of the Islamists. Writing is their way of keeping the darkness at a distance.
Daoud had never been to Pigalle, with all its small clubs, many young people and ladies of the night. Silmani, who lives not too far away from there, shows him her favorite bars. Her new novel is about the sexuality of the Moroccan women. In its last chapter there is a tribute to Kamel Daoud, who, after the sexual assaults in Cologne, had so resolutely criticized the image of women in North African society . “In Arab society, we have a sick view of women. But whoever has a sick relationship with women also has a sick view of the world in his creativity, his freedom, his body and his desires.” How could we love life without loving the woman? Whoever locks up the women makes makes the men into prisoners.”
Finally they meet the singer Hindi Zahra, whose roots are Moroccan Berbers, in an establishment with an atmosphere of long past times in Pigalle. She sings a few songs very tenderly, accompanied by a guitar, and the three discuss musical elements in their lives, but then the gentleman Kamel Daoud does not miss the opportunity to accompany Leila Slimani home. During this, they recite and sing “Les vieux amants” by Jacques Brel, whom they both admire.
On this evening, we experience the harmonization of two charming novelists, who converse about life, art, politics and cultural identity, without mincing their words. They are both threatened by the rage of fanatic Islamists as well as deluded Western intellectuals… “Are you afraid?” Slimani asks Daoud. “Always.” he says. “But there is no other way. One has to keep going. Courage does not mean not being afraid, but being able to live with the fear and giving it meaning.”